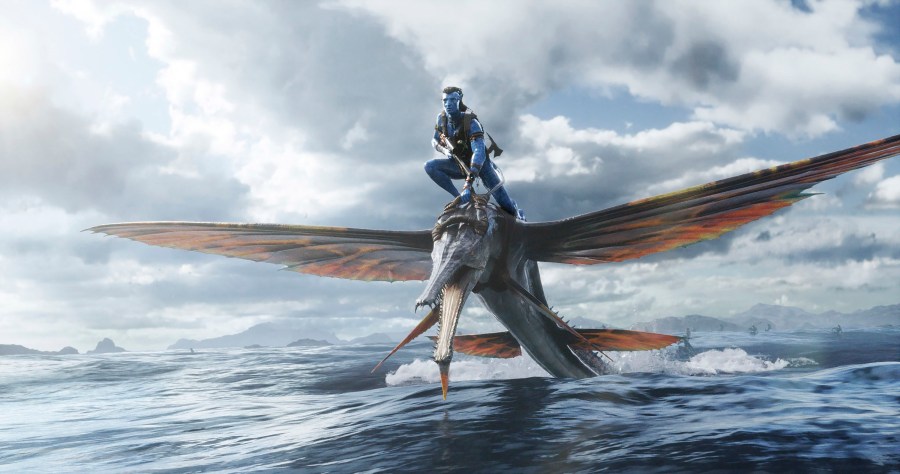 NEW YORK (AP) – James Cameron’s “Avatar: The Way of Water” led ticket sales at theaters for a sixth consecutive weekend, making it the first such continuous reign at the box office since 2009’s “Avatar.” Wali became the first film.

The Walt Disney Co.’s “The Way of Water” added $19.7 million at US and Canadian theaters over the weekend, according to studio estimates on Sunday. Its global total now exceeds $2 billion, placing it sixth of all time and just ahead of “Spider-Man: No Way Home”. Domestically, “The Way of Water” is up to $598 million. Continued strong international sales ($56.3 million for the weekend) helped bring the “Avatar” sequel to $2.024 billion worldwide.

The year before, “Spider-Man: No Way Home” also topped the box office for six weekends, but did it over the course of seven weeks. You have to go back to Cameron’s original “Avatar” to find a movie that stayed No. 1 for so long. (“Avatar” eventually reached the top in seven weeks.) Prior to this, the only film in the past 25 years to achieve the feat was another Cameron film; “Titanic” (1997) went undefeated for 15 weeks.

“The Way of Water” has now reached the goal Cameron himself set for a very expensive sequel. Prior to its release, Cameron stated that becoming “the third or fourth highest-grossing film in history” was “your break even”.

The box-office dominance for “The Way of Water” has been aided, in part, by a lack of formidable challengers. The only new wide release from a major studio over the weekend was the thriller “Missing” from Sony’s Screen Gems and Stage 6 Films. A low-budget sequel to 2018’s “Searching,” starring Storm Reid as a teenager searching for her missing mother, “Missing” plays on a computer screen. Budgeted at $7 million, the film opened with $9.3 million.

January is typically a slow period in theaters, but some strong performers have helped propel sales.

Although it didn’t open much in December, Universal Pictures’ “Puss in Boots: The Last Wish” had long legs as the only family option in theaters during the past month. In its fifth week, it came in second with $11.5 million domestically and $17.8 million overseas. The “Puss in Boots” sequel grossed $297.5 million globally.

Even the creepy doll horror hit “M3gan” from Universal continues to draw moviegoers in a similar fashion. It grossed $9.8 million in its third week, bringing its domestic tally to $73.3 million.

And while the popularity of horror titles in theaters is nothing new, Sony Pictures’ “A Man Called Otto” starring Tom Hanks has thrived in a market that’s striving for more adult-oriented dramas. The film is a remake of the Swedish film. “A Man Called Ove,” about a retired man whose suicide plans are continually foiled by his neighbors, earned $9 million in its second week of wide release. It took in $35.3 million domestically through Sunday.

Estimated ticket sales for Friday through Sunday in US and Canadian theaters, according to comScore. Final domestic figures will be released Monday.