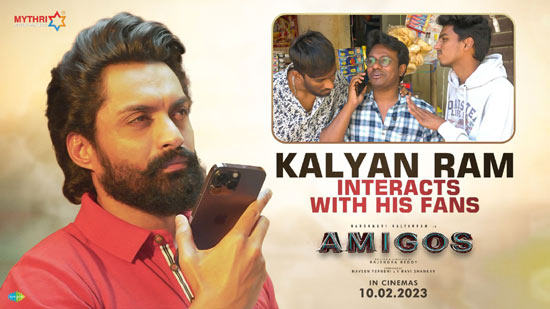 Here’s an exciting update for all the Nandamuri fans, who are already enthralled by the huge success of Balakrishna’s Veera Simha Reddy and the rising international popularity of NTR. Balayya’s elder nephew Kalyanram has released a special video to give a major update on his upcoming film, Amigos.

Kalyanram revealed that the superhit romantic song ‘Enno Ratrulosthayi Gaani’ from his uncle’s 1992 hit film Dharmakshetram has been remixed in Amigos. The release date of the video of the song will be announced very soon. Kollywood composer Ghibran has remixed the song, which was originally composed by the great Ilaiyaraaja and sung by SP Balasubramaniam and Chitra.