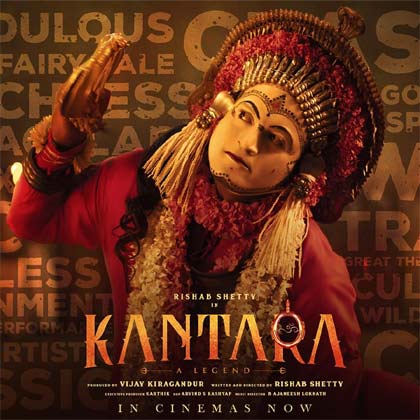 Made with a budget of around Rs 16 crore, Sandalwood actor-director Rishab Shetty’s mystical folk drama, Kantara, became a huge blockbuster across the country. The film ended its theatrical run after grossing over Rs 400 crore. Soon after the massive success of the film, the makers announced another part in the Kantara franchise.

Recently in a media interaction, KGF and Kantara producer Vijay Kirgandoor had revealed that the second part will not be a sequel to Kantara, rather it will be a prequel. Furthermore, Vijay also revealed that the scripting, planning and other logistics for the first schedule of the film is going on in full swing and the shooting will begin from June, as director Rishab Shetty has planned some important scenes in the rain. The film will hit the theaters in April next year.