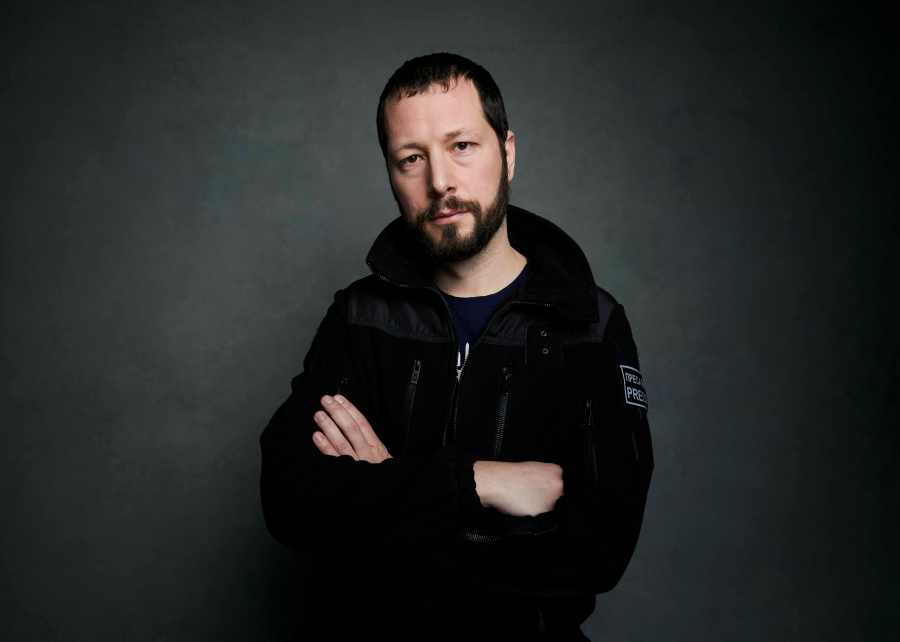 PARK CITY, Utah (AP) — Associated Press video journalist Mstyslav Chernov had just flown out of Mariupol after covering the first 20 days of the Russian invasion of the Ukrainian city and was feeling guilty about leaving. He and his colleagues, photographer Evgeny Maloletka and producer Vasilisa Stepanenko, were the last journalists there, sending important dispatches from a city under massive attack.

The next day, a theater with hundreds of people was bombed and he knew there was no one to document it. That’s when Chernov decided he wanted to do something bigger. He filmed about 30 hours of footage during his days in Mariupol. But poor and sometimes no internet connection made it extremely difficult to export anything. All told, he only estimated about 40 minutes to successfully bring it to the world.

“The shots that went were very important. They went to the AP and then to thousands of news outlets,” Chernov said. “However, I had more. … I thought I should do something else. Let me do something else with that 30 hours of footage to give a bigger story and more context to show an audience of scale.

Chernov then decided that he wanted to make a documentary. The film “20 Days in Mariupol,” a joint project between The Associated Press and PBS “Frontline,” premiered Friday at the Sundance Film Festival in Park City, Utah, where it is playing in competition.

He knew there were many ways to tell this story. But he decided to limit it to those for the first 20 days he and his colleagues were on the ground, to evoke the claustrophobic feeling of being trapped. He also chose to narrate it himself and narrate the story as a journalist.

“It is just a lens through which we see the death of the residents of Mariupol, the agony of the destruction of their homes,” he said. “At the same time, I thought I could do it. I am allowed to do this because I am part of the community. I was born in eastern Ukraine and (a) the photographer who worked with me was born in a town that is right next to Mariupol, which was captured. So this is our story too.

As an AP employee, Chernov was extremely conscious of maintaining neutrality and being fair.

“It’s okay to tell the audience about your feelings,” he said. “It’s just important not to let those emotions determine what you show and what you don’t show…. While I narrated, I still tried to keep it neutral.”

He faces vastly different reactions when he and his allies are on the ground. Some thanked him for doing his job. Some called her a prostitute. Some doctors urged him to film graphic scenes of injured and dead children to show the world what had been done.

When Chernov left Mariupol and was finally able to capture the news from around the world, he was stunned by the impact of his footage. He followed up with people he had met during his time there, some of whom dropped out, some did not, and asked whether or not he had influenced their lives.

Some said that relatives had found them because of the footage, or that they had been able to find help. Doctors and officials said this has made it easier to negotiate green corridors for safety.

Chernov said, “I don’t know how much of it is our footage, how much of it happens.” “But I’d really like to believe we’ve made a difference, because I think that’s what journalism is all about, informing people so that they make certain decisions.”

Another mission for them was to provide historical evidence for possible war crimes. Chernov is well aware that the war has not yet become history. This is a painful reality that continues.

At Sundance, he was able to see the Michelle Mizner-edited film of “Frontline” twice with an audience. The film received a standing ovation at its premiere. And at a later screening he met several audience members who said they were from Mariupol and that their relatives were fleeing the besieged city at the same time as he was. Counselors were on standby in theaters in case anyone needed support.

“I expected them to have emotional reactions and they did. But at the same time it’s hard to see people cry.” “When you have an audience in this chaos and this mess and this violence for 90 minutes, there is a risk of people becoming too overwhelmed or even repelled by the amount of violence.

“You really want to show it how it really was,” he said. “Making choices was the main challenge while assembling the film. How do you show gravitas but at the same time not push the audience away? … We’ve already had two screenings and the audience reactions have been very strong. People are crying, people are sad and they express a wide range of emotions from anger to sadness and grief. That’s what I wanted to do as a filmmaker. But at the same time, I realized that maybe it’s not easy for everyone.

Now Chernov just wants to get back to work.

“I just want to go back,” he said. “After Sundance we’ll go back and be on the front row.”

For a longer interview with Chernov about the film, watch:

For more coverage of the Sundance Film Festival, visit: