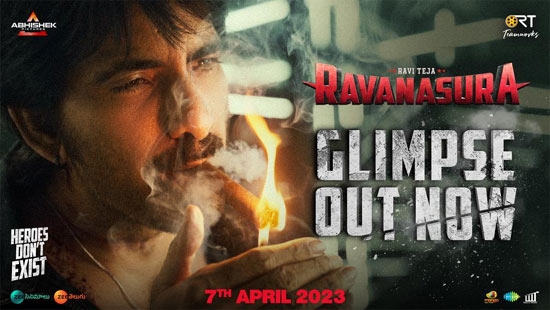 Mass Maharaja Raviteja has turned a year older today. To wish the Dhamaka actor a very happy birthday, the makers of his next film Raavansur have unveiled an in-depth glimpse of the actor.

The no-dialogue teaser looks interesting with tense music. The series of murders is shown in Jhalak while Ravi Teja is seen strong in the role of a lawyer. Harshvardhan Rameshwar’s background score is superb.

The thriller stars Anu Emmanuel, Pujita Ponnada, Megha Akash, Faria Abdullah and Daksha Nagarkar in lead female roles. Sushant will be seen as the antagonist while Rao Ramesh, Murali Sharma, Sampath Raj, Nitin Mehta and others will be seen in supporting roles.

Abhishek Pictures and RT Teamworks have jointly produced this big movie with Harshvardhan Rameshwar and Bhims Secirolio as music directors. The film is set for a massive worldwide release on April 7, 2023.