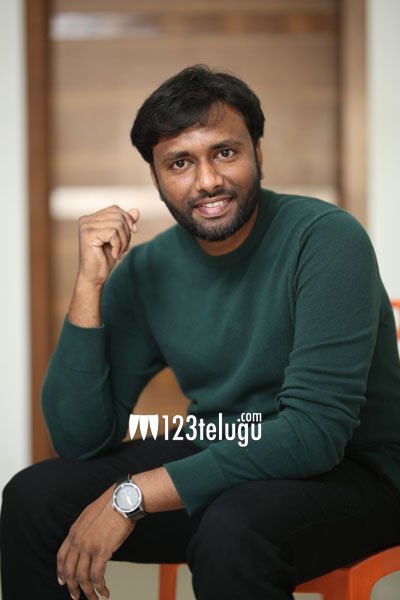 Young and talented actor Suhas, who has been doing varied roles, will next be seen in writer Padmabhushan. The film is all set for a grand release on February 3, 2023. It is directed by Shanmukha Prashant and produced by Anurag Reddy, Sharath Chandra and Chandra Manohar. Ahead of the release, we caught up with the director of the film, and here is the transcript.

What is the inspiration of the author Padma Bhushan?

I wanted to show something new in the film. But again, I don’t want to experiment completely. I intend to add new points to my story. My main character in the film is a librarian, and we have created a new environment around her character.

How do you feel about featuring an author as a hero?

In my opinion the author is the real hero. It doesn’t matter who the actor is, at the end of the day, it’s the content that counts. This is my opinion, and it was reflected in the film. I often interact with writers and try to do something for them from my end. I firmly believe that the story is the hero of a film.

What is the meaning of Padma Bhushan in the title of the film?

The protagonist’s goal is to become a prominent writer, and you need to watch the film to see whether he has achieved his dream. Padmabhushan is the name of the character. We have a small film and we need to package it beautifully with some uniqueness. That’s why we have named the film Padmabhushan. This is not related to any prize in any way.

Can you tell more about the film?

I have tried to tell a beautiful story in the film. I cannot give height to Suhas and it is important that I understand my actor’s body language. Initially there was a fight sequence in the film, but later I changed it. The film is about a middle class guy from Vijayawada who wants to make it big in life. Whether he achieved it, and what circumstances he had to face in this regard, is only part of the story.

Can you talk about Suhas’ performance?

I have been traveling with Suhas for a long time now and it is difficult to talk about his performance. He always reaches the set an hour before. It helped me a lot while shooting for the film. We discuss a lot before going on the shooting process, and I had a bound script.

Do you think Suhas’ image is beneficial for the film?

This is a huge advantage for us. He always focuses on the content and these days the audience’s preferences have also changed. We are talking about Malayalam content and I always give priority to content. I do this myself when writing a script. After that other people will start working on it and I will take their suggestions.