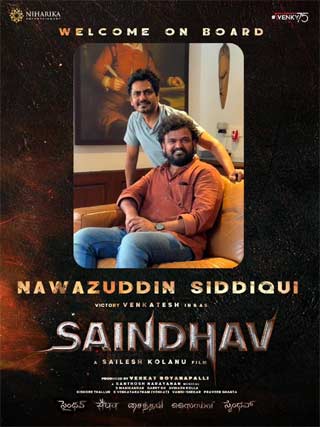 Everyone is aware of the news that young director Shailesh Kolanu grabbed the chance to direct star actor Venkatesh’s 75th film Saindhav. Touted to be an action thriller, the first look of the film opened to great response from fans and others.

Now, the makers have officially announced that Bollywood actor Nawazuddin Siddiqui has been roped in to play a pivotal role in the film. As per reports, the shooting will begin next month.

The pan-India film will feature some notable actors and technicians. Venkat Boyanapalli produces this film extensively under the Niharika Entertainment banner. Santhosh Narayanan is the music director of this film.