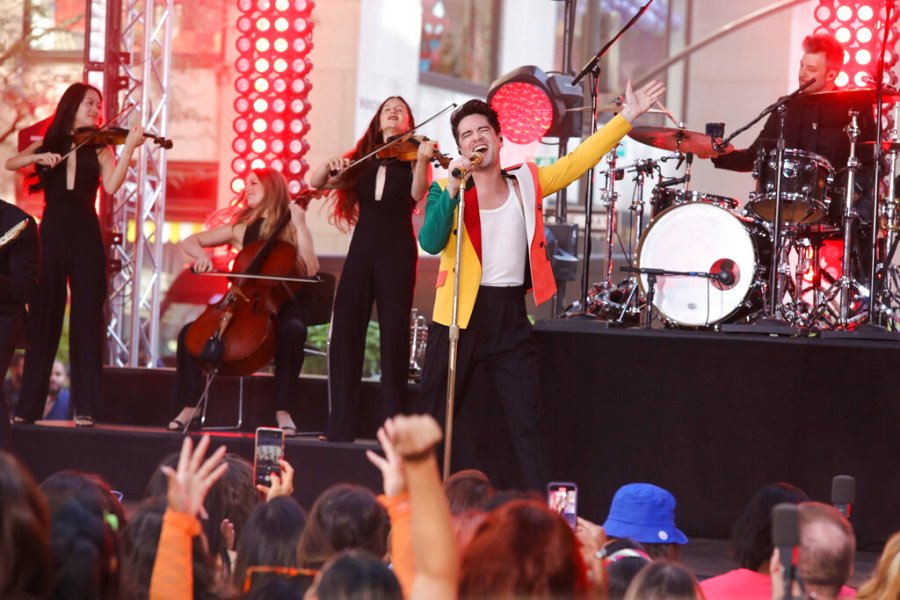 (WHTM) — The widely known pop-rock band Panic! At the Disco officially announced on Tuesday that they had broken up.

Longtime singer, songwriter, and multi-instrumentalist Brendon Urie posted a message announcing the decision on Panic! Disco on the Instagram page:

Well, it has been one hell of a trip…

Growing up in Vegas, I never could have imagined where life would take me. All the places in the world, and all the friends we’ve made along the way.

But sometimes a journey must end for a new beginning. We’re trying to keep it to ourselves, although some of you may have heard. Sarah and I are expecting a baby very soon! The prospect of becoming a father and watching his wife become a mother is both humbling and exciting. I am looking forward to this next adventure.

That said, I am going to end this chapter of my life and put my focus and energy on my family and with that grudge! There will be no more at the disco.

Thank you all for your immense support over the years. I’m trying to come up with the right way to say this and I really can’t put into words how much this means to us. Whether you’ve been here from the start or just finding us, it’s a pleasure not only sharing the stage with so many talented people but also sharing my time with you. I look forward to seeing everyone in Europe and the UK together for the last time.

i love you I appreciate you Thank you for being there.

Yuri has been with the band since its formation in 2004.

panic! Best known for his songs at the disco including “High Hopes,” “I Write Sins Not Tragedies,” “Death of a Bachelor,” “This Is Gospel,” and more.

During their 19-year span, the group has received two Grammy nominations and seven MTV Video Music Awards (VMA) nominations, winning in those two VMA categories for Video of the Year in 2006 for “I Write Sins Not Tragedies”. Key and “High Hopes” for Best Rock Song of 2019.

The band has released seven studio albums and 24 music videos.