Director of Pawan Kalyan will work with this young hero? 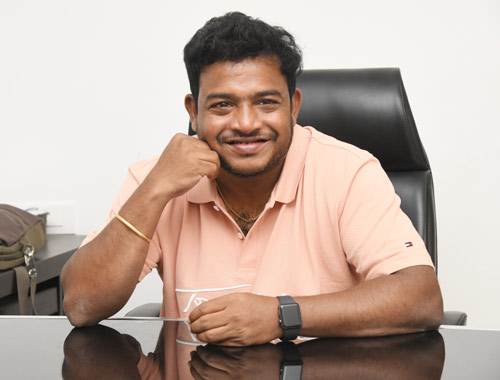 Pawan Kalyan’s last film Bhimla Nayak did well at the box office. The film is an official remake of the Malayalam hit Ayyappanam Koshiyum. Young director Sagar Chandra directed the film, and was appreciated for the way he showed Powerstar in a grown-up avatar. But there is no update about the next film of the director after Bhimla Nayak.

The latest buzz on social media is that Sagar Chandra will next work with young Tollywood actor Bellamkonda Sai Srinivas. After raising Alludu, the young actor decided to step into Bollywood as he has a good following there. He decided to make his Hindi film debut through the remake of the Telugu blockbuster, Chhatrapati.

If rumors are to be believed, Srinivas and Sagar Chandra’s film might start as soon as the actor’s Bollywood project wraps up. Directed by Sagar Chandra, the film is expected to be made under the 14 Reels Plus banner. However, its official announcement is yet to be made.