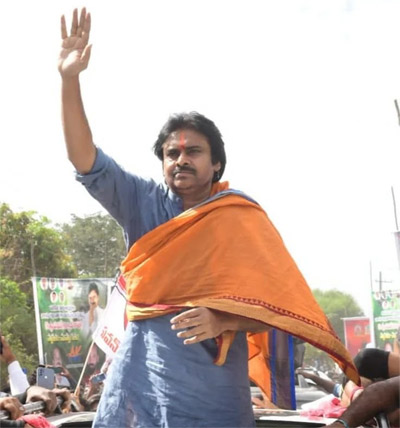 Actor-politician Pawan Kalyan recently wrapped up the shooting of his next project Hari Hara Veera Mallu, a pan-Indian film directed by discerning filmmaker Krish Jagarlamudi. Makers are planning to release the film as soon as possible. Set against the backdrop of the Mughal Empire in the 17th century, Nidhi Agarwal is the female lead.

The actor conducted a special puja for his political campaign vehicle Vaarahi yesterday and Pawan’s new makeover has taken the internet by storm. The actor’s hairstyle was completely changed and this added to the confusion. There is strong buzz that he will star in the Telugu remake of Vinod Sitham alongside his nephew Sai Dharam Tej.

Along with this, it is also rumored that the shooting of this film will start by the end of this month. Fans are in doubt whether the new look is for the remake film. However, to get a clear picture, we will have to wait for the official statement. Pawan also has projects with Sujeeth and Harish Shankar in the future.