Satyadev’s next film has got a crazy title 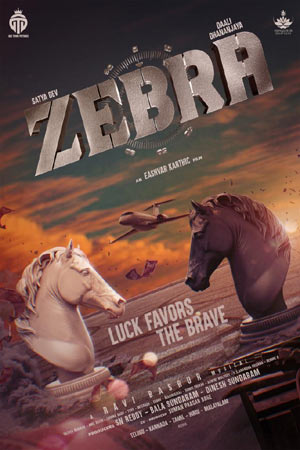 The makers announced on their social media account that the official name of Satyadev 26 is Zebra. An interesting title poster has been released to announce the same. Touted to be a crime thriller, the film stars Priya Bhavani Shankar as the female lead.

Pushpa actor Dali Dhananjaya is also a part of this flick. Produced by SN Reddy, Bala Sundaram and Dinesh Sundaram under the banner of Padmaja Films Pvt Ltd and Old Town Pictures, the pan-India film stars Sathyaraj, Jennifer Piccinato, Satya Akala and Sunil in lead roles. The music director of this film is Ravi Basrur, who is currently in the shooting phase.