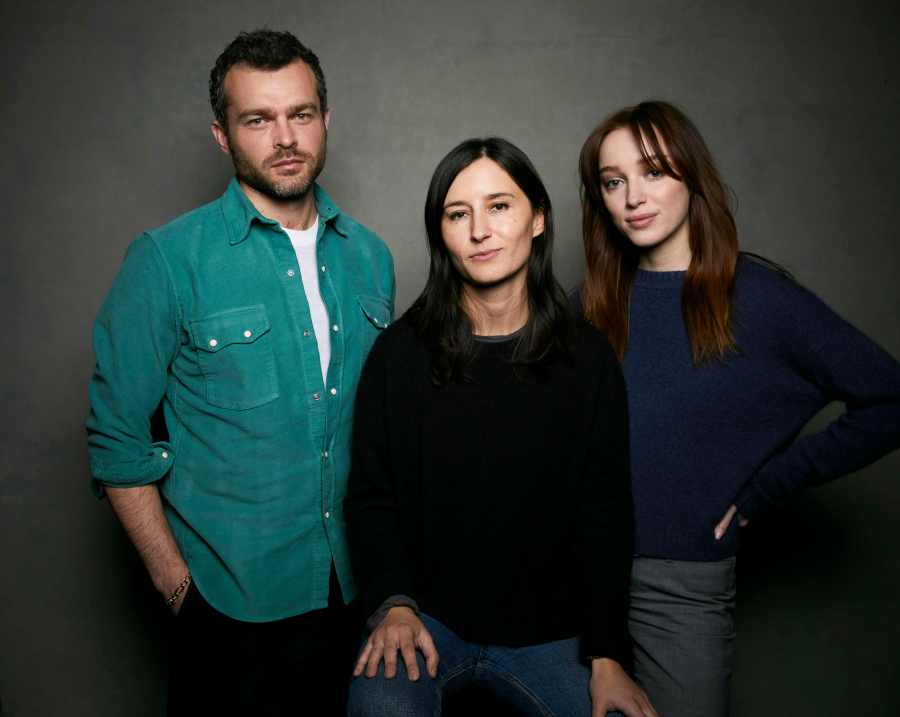 PARK CITY, Utah (AP) — The fire emoji was a common sight in tweets about the new corporate thriller “Fair Play,” which debuted Friday at the Sundance Film Festival.

Dynevor, in only her second film role, said that when she read DuMont’s script, she saw herself and a lot of other women in her character Emily, who seems to be the only woman in the company. She became even more aware of this when she got promoted over Ehrenreich’s Luke.

Dynevor added, “How she navigates working life in a very male-dominated industry and how she navigates her relationship and, you know, putting herself down in so many ways to make other people feel comfortable.” has to be made, I can relate to.” ,

Ehrenreich’s character comes from a more privileged background than Emily. He is Ivy League educated and expects some degree of success. But he also rolls his eyes at his co-workers’ casual misconduct and is supportive of Emily’s ascent, at least at first.

“I think he’s a little out of place with the rest of the office. He’s not in that boys’ club at all,” Ehrenreich said.

He further added, “One of the things I really liked about the film, which I think is sometimes lacking in stories that take up issues like this, is understanding the background and the system and the culture in which it’s all happening.” “It’s not about one person being a good or a bad person. We are all highly influenced by our environment and our ambitions in that environment.”

The film has already sparked a gender debate among those who have seen it as Domont makes sure to never go the cliche route with her characters. The audience’s sympathies can also shift between Luke and Emily from scene to scene. Dynevor was by Emily’s side during the script reading and filming, but when he saw the finished product, something changed.

“I saw him and his society more as a criminal and a victim of society, as opposed to as someone who was either bad or good,” she said.

“Fair Play,” which is up for grabs at the festival, is Domont’s directorial debut on the big screen. But she’s no new to high-finance drama: She’s also directing episodes of Showtime’s “Billions.”

“My interest in that world starts with ‘Wall Street’ and ‘Working Girl’ and movies like those,” Domont said. “But to me it’s the stakes. You have high stakes, you have drama.

Serbia plays New York in a film that came together quickly, but the three principal players made sure to take the time to establish an authentic intimacy between Ehrenreich and Dynevor.

“We rehearsed a few days which I thought was really valuable, and it’s so rare that you get to do that,” Ehrenreich said. “It makes such a huge, huge difference, especially in a movie like this, if two people have been together and such a big part of the movie is their relationship and the details of it.”

This included the correction of Emily’s first day at the office and the first time Luke told her he loved her.

“It really felt like it really locked something down,” Ehrenreich said. “It’s a magical thing that’s worth fighting for in almost every movie, especially any movie that deals with any kind of relationship.”

He also worked with an intimacy coordinator to stage the sex scenes.

Dynevor said, “Chloe is an extraordinary director and was always pushing us to go further and further, which was thrilling as an actor.” “And we both feel really safe doing that.”

The Sundance Film Festival will run until January 29.

Watch an extended interview with the cast of ‘Fair Play’ here: