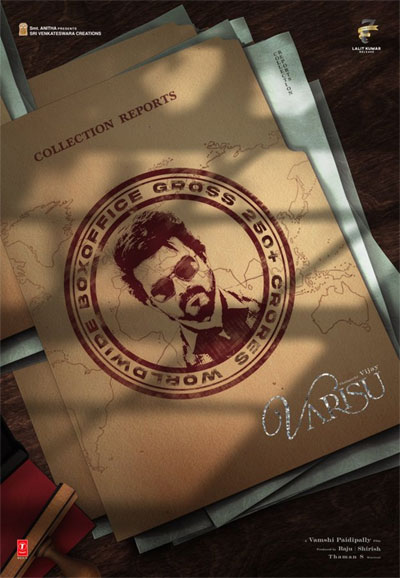 Kollywood movie Varisu featuring Vijay and Rashmika Mandanna in the lead pair is performing extremely well at the ticket window. Vamshi Paidipally is the director of this film, which has music by Thaman.

According to the makers, the family entertainer has earned over Rs. 250 crores globally in just 11 days. That’s great for any film released this year.