IMDb: 6.1 2016 114 min 43 views
As two evil sisters prepare to conquer the land, two renegades—Eric the Huntsman, who aided Snow White in defeating Ravenna in Snowwhite and the ...
ActionAdventureDrama 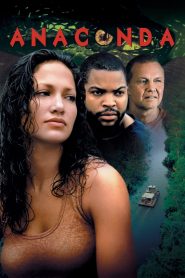 IMDb: 4.8 1997 89 min 44 views
A “National Geographic” film crew is taken hostage by an insane hunter, who takes them along on his quest to capture the ...
AdventureHorrorThriller
9.3