IMDb: 6.1 2016 114 min 29 views
As two evil sisters prepare to conquer the land, two renegades—Eric the Huntsman, who aided Snow White in defeating Ravenna in Snowwhite and the ...
ActionAdventureDrama IMDb: 7.9 2014 113 min 16 views
Major Bill Cage is an officer who has never seen a day of combat when he is unceremoniously demoted and dropped into combat. Cage is killed ...
ActionScience Fiction IMDb: 6.8 2012 106 min 25 views
Agents J and K are back…in time. J has seen some inexplicable things in his 15 years with the Men in Black, but nothing, not even aliens, ...
ActionComedyScience Fiction IMDb: 6.4 2008 92 min 29 views
Hancock is a down-and-out superhero who’s forced to employ a PR expert to help repair his image when the public grows weary of all the ...
ActionFantasy 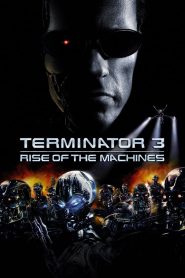